Share a memory
Obituary & Services
Tribute Wall
Read more about the life story of Lawrence (Larry) and share your memory.

Larry (Lawrence) Austin Byles, passed away peacefully on Sunday, November 20, 2022 surrounded by his family at Health Sciences North in Sudbury. He was born on June 25, 1947 in Haileybury, Ontario to George and Vera (Austin) Byles. He was a graduate of the Haileybury School of Mines and worked a fulfilling career in the mining engineering field with Falconbridge in Sudbury, Rio Algom in Elliot Lake and Hatch Consulting, with a project career highlight in Johannesburg, Africa. His youth was spent at Buster’s Cafe on Main St. in Haileybury and met his high school sweetheart, Suzanne Regimbal and later married on May 16, 1970. Larry lived life as an outdoor enthusiast and enjoyed simple pleasures, from a memorable canoe trip down the Lady Evelyn to tending to his garden and admiring the hummingbirds in his home in Elliot Lake. An avid curling enthusiast with the Elliot Lake Granite Club, he was a proud “vice” representative on the Northern Ontario Mens Curling Championship team. He is survived by his wife, Suzanne and their children Allison (Brad), Karen and David (Leslie) Byles and his grandchildren Owen, Theo, Charlotte, Cora, Addi and Roland; sisters Debra Green (John, deceased) and late Sharon (Don, deceased), niece and nephews and many close relatives. Larry will be remembered as for always making others feel valued and believing in the best of themselves. The Byles family would like to extent their gratitude to the medical staff at both St. Joseph’s General Hospital in Elliot Lake and Health Sciences North in Sudbury including the Renal Program for the attentive care provided over the years. At Larry’s request, a celebration will be held at later time. Memorials can be made in Larry’s name to the St. Joseph’s Foundation of Elliot Lake or to the Tree of Lights on behalf of a loved one. Wherever you go And wherever you are I’ll be hitching my star to you As the birds in the air On a wing and a prayer I’ll always be there for you - Barry Gibb 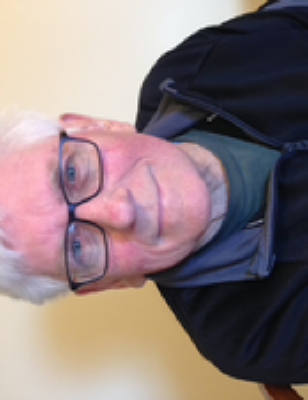 Family and friends are coming together online to create a special keepsake. Every memory left on the online obituary will be automatically included in the book.

You can still show your support by sending flowers directly to the family, or by planting a memorial tree in the memory of Lawrence (Larry) Byles
SHARE OBITUARY
© 2023 Alternative Funeral Services. All Rights Reserved. Funeral Home website by CFS & TA | Terms of Use | Privacy Policy | Accessibility