Share a memory
Obituary & Services
Tribute Wall
Read more about the life story of Joan and share your memory.

Joan Montegani (MacMillan) of Elliot Lake, Ontario passed away peacefully on Friday, November 18, 2022, at age 89. Joan was born to William and Eileen Townsend on August 16, 1933 in Newbridge, Wales. She immigrated to Canada in 1950. In 1953 she married Anthony Montegani in Toronto, Ontario. While raising her children, Joan became one of the first female bank managers in Canada. She was a successful independent business owner, an entrepreneur, a certified financial planner, and owned a tax preparation service which she continued to operate well into her 80s in Elliot Lake. Joan loved music and was an accomplished award winning singer and performing member/director of "Sweet Adelines” for many years. She loved to cook and experimented with many different cultural foods. She was a very talented seamstress and made most of her own clothes as well as costumes for the quartets and choruses she was a part of. She is survived by her children Richard Montegani of Elliot Lake, Bruce Montegani and his wife Jane of Birch Bay, Washington, Aileen Montegani of Madoc, Ontario and her grandson Cameron Wilson of Claremont, Ontario. Joan was preceded in death by her son Michael Montegani, her parents, husband Anthony Montegani, husband John MacMillan, husband Larry Sutherland, and brothers Gordon, Melville, and David Townsend. Cremation has taken place and a memorial service will be held at a later date with internment of her ashes. 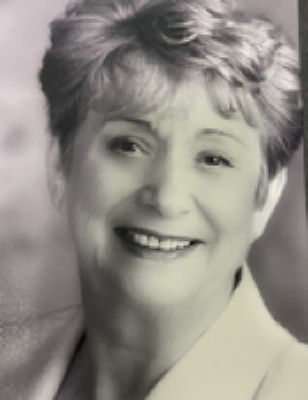 Family and friends are coming together online to create a special keepsake. Every memory left on the online obituary will be automatically included in the book.

You can still show your support by sending flowers directly to the family, or by planting a memorial tree in the memory of Joan MacMillan
SHARE OBITUARY
© 2023 Alternative Funeral Services. All Rights Reserved. Funeral Home website by CFS & TA | Terms of Use | Privacy Policy | Accessibility